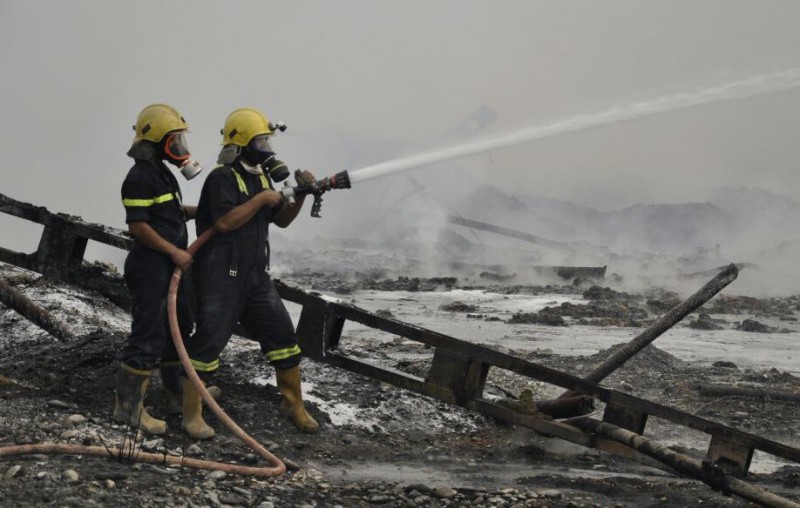 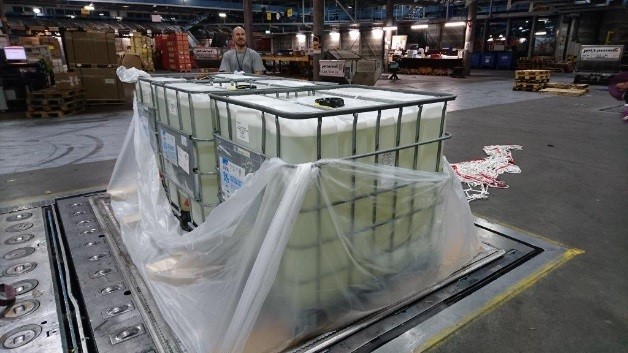 This request for U.S. assistance came directly from the Iraqi Ministry of the Interior. Many Iraqi cities with large civilian populations, such as Mishraqi and Qayyarah, were being directly affected by this scorched earth policy.

The outline of the project required 550,000 liters of foam to be picked up at production facilities in Illinois, Dammam Saudi Arabia and Bergen Norway.  The movement ultimately required a large coordinated effort by Cavalier and our local partners.

It was quickly determined that 6 chartered aircraft were needed to transport all 550,000 liters as quickly as possible to the Bagdad International Airport. From there the foam would be distributed throughout the battlefield for use by Iraqi firefighting crews.  It takes several days to completely extinguish these blazes, which tend to rage out of control.

The full force of Cavalier’s resources, logistics planning, and execution were indispensable to this project.
The 747F airlift operations began in late October with the first of three charter flights from Oslo Airport in Norway taking off within 72 hours of the initial request.  The next 747F flight was organized a short time later from Chicago’s O’Hare International Airport with another departing at the same time from Saudi Arabia.

The Iraqi Government at the highest level have expressed their gratitude to the U.S. Government for their assistance in the important mission.
Categories: Government Services
Back